Masseria Bernardini is situated on the Ionic coast, two km from Nardò a “city of art, rich of wonderful baroque architectures in province of Lecce,“ fifteen km from Gallipoli and few minutes' drive from Porto Selvaggio Natural Park beach.
Masseria Bernardini is found in the red earth of Salento country between olives, prickly pears and cornfield.
The building goes back to the XIV century, it has swimming pool and it is situated ten minute drive from the seaside.
The building belongs to the "Agnano" ancient compound and was bought by the Santa Chiara convent of Nardò on 31st December 1453; although local historical data, backdates the existence of this big farmhouse to the XIV century.
The Masseria remained dormant for more than one decade and today, after a meticulous restoration, carried out with absolute respect for shapes, spaces and original elements, it's become a small and smart Art-Resort for anyone who appreciates historical charms with Italian design style, new contemporary art, and, above all, space, light and silence.
A double wall protects the Masseria. The first wall, higher and more protective, pre-dates the renovation and is built with typical ancient tuff ashlars, which still contains large and charming fossil shell.
Inside this first wall is situated the core of the Masseria, a building with two floors that incorporates owners’ house and other three apartments; three more suites are also located inside the wall but separate from the central building.
They are all surrounded by an internal garden, recreated with olive and citrus trees that is well integrated between the typical red land and the local white stones, where the swimming pool is found too. At the first floor there is also a wonderful terrace with a boundless view over the countryside.
The second wall has been completely rebuilt by hand with dry stones and surrounds a wide green area where a newly planted young olive grove is situated.
There is also an ancient farmyard, which in the past was dedicated to wheat accumulation.
All the six Masseria Bernardini apartments and suites share a quiet, informal, light atmosphere and has a own living/dining room and equipped kitchen.
They are all really different in shape and structure, but have in common a wide space as well as a special character that makes them unique.
The living room areas have different shape and size in each suite; all communicate with the outside area and are usually subdivided into dining and relaxing area.
Masseria Bernardini offers its guest a Home & More concept of hospitality: home comforts together with the hotel services and cuddles.
In the morning a rich salentino breakfast is served directly in each bedroom or in designated outside area. We can also organize private in house dinner. Daily cleaning is guaranteed
Our staff will support you for any kind of booking (beach, restaurants, activities…) during your stay.
“Home and more” formula and a magical privacy makes Masseria Bernardini the place to stay with group of friends, family, colleague and share special moments together.
If you like to book Masseria Bernardini for exclusive use there are, in total, twelve (12) double bedrooms, + one (1) loft conversion with queen size bed, + one (1) single bedroom and twelve (12) bathrooms with shower, + one (1) with shower and jacuzzi. 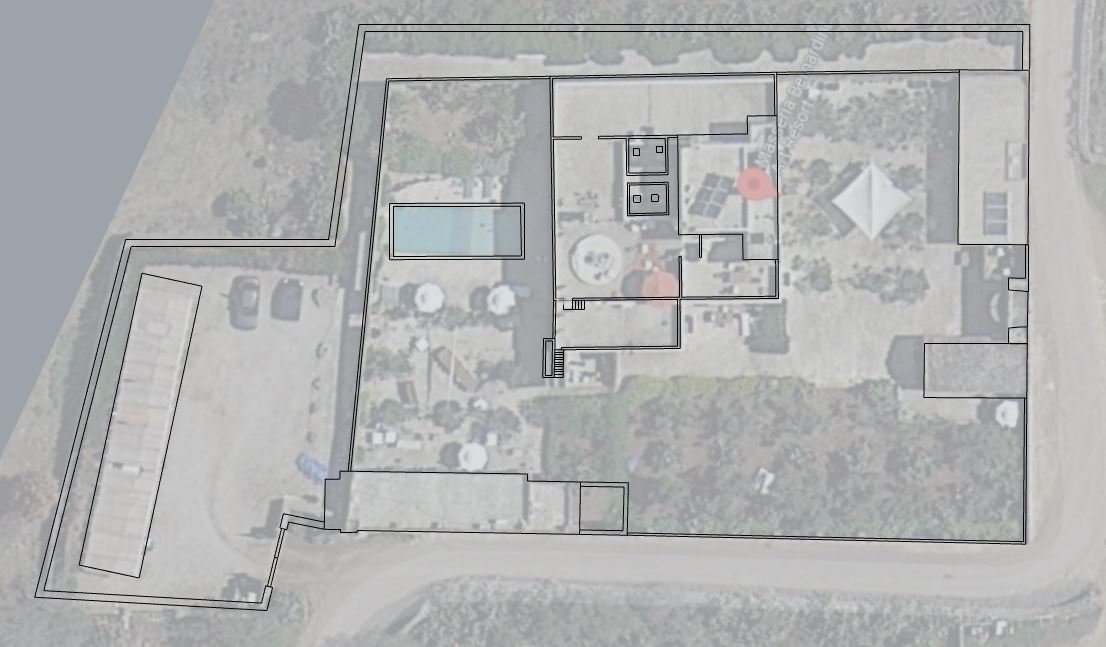 Click on the map to open with an app.

CANCELLATION POLICY:
Please note, if cancelled, modified or in case of no-show, the total price of the reservation will be charged.